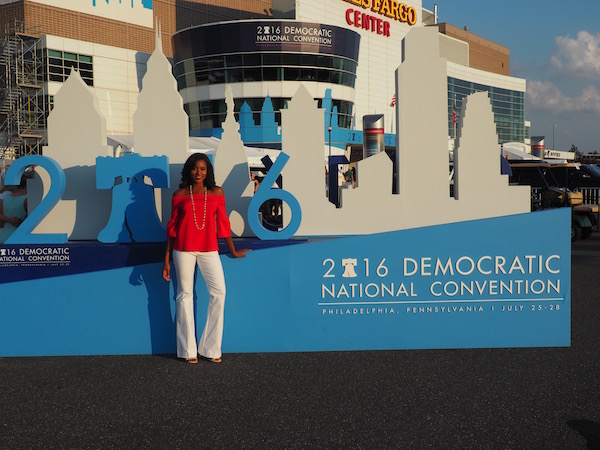 This past week tens of thousands of democrats invaded Philadelphia just to witness Hillary Clinton make history at the DNC by becoming the first woman ever to accept the Presidential nomination by a major political party.

I don’t care which side of the aisle you choose to stand on or how your views line up to hers, if you can’t appreciate the historical significance or be proud that this was something that could happen during your lifetime you must not realize that there are people alive right now that were born to mothers that couldn’t vote. Not just didn’t (like most millennials), but couldn’t..as in did not have the right. And not for anything other than the fact that being a woman meant that they were subordinate and their opinions did not matter. How lucky are we that the America we know still strives for there not to be limits placed upon anyone no matter their race nor their gender? How much pride do you have knowing that children don’t know life without a black president or a female nominee? I’m so proud that this is my country and that it was during my lifetime I could witness this change! *gets off soap box*

But this week was about much more than just her putting the biggest crack in that glass ceiling thus far, it was about party unity — something our Republican counterparts seem to be having trouble with — and the opportunity for democrats to convince Americans that they should be voting for someone with actual experience and actual policies to strengthen the middle class and foreign relations. Sigh!

Anyways, I was lucky enough to attend the final two days of the convention. So although I missed seeing speeches from Michelle Obama and Bernie Sanders in person, I was there to witness the impact of several other influential speakers; including Vice President Joe Biden, President Obama, and of course Hillary Clinton herself as she accepted the nomination.

I had the opportunity to experience my first convention in two very different ways (& if you ask me, they were the only 2 ways anyone should ever experience a political convention). On my first day I hung out on the club floor in a corporate suite that former Attorney General Eric Holder and rap legend Bun B dropped into. The suite was great because it was private, there was tons of food (& booze), you didn’t have to deal with security often, and its gave you the opportunity to fellowship away from the madness. The downfalls are that you aren’t close to the stage so watching it on tv screens just makes more sense and meeting new people is difficult as you don’t get to move about the club level due to high security. It is very  reminiscent to watching a sporting event in a suite, but is the perfect place if you’re attending with a group of people.

On my second day, I was honored to be “on the floor” with the South Carolina delegation. This year South Carolina was placed near the front on the first level behind the floor seats, which was just a phenomenal location to be in. The best part of this experience is it truly puts you in the midst of it all, as you are only yards away from the stage and all of the action. The disadvantages you have by being on the floor is that there’s only enough seating for the delegation (so I ended up on the floor), concessions aren’t near (& there’s not alcohol), you have to constantly deal with security checking your credentials and telling you where not to stand, and having conversations is nearly impossible as there is always someone on stage speaking. However, this was definitely my favorite view of the convention. And it was the perfect place to be after Hillary gave her acceptance speech and the balloons and confetti fell down in celebration.

One of the highlights from the convention for me was the CNN Grill, which is just a pseudo restaurant for CNN press and their guests. There was music, an ice cream bar, a guy making Philly cheese stakes, a menu of unlimited late night bites, speciality cocktails, and eventually it was where Don Lemon aired his nightly show. Another highlight was the little cameo I got during Hillary’s acceptance speech on NBC and MSNBC!

All in all, I had truly enjoyed my first DNC and am so thrilled that I was able to be apart of this historical moment. I was kinda confused about the point of conventions before I attended. I mean, yes, I understood that it was a place to nominate a candidate but I felt like that could be done in one day! After sitting through it I realize that its kinda like one giant pep rally. Its a chance to get the entire country in one place and get pumped over our candidate while putting a fire in voters! This election season has be interesting from the very beginning and I always knew that it would be important to vote, but now I’m even more energized to help elect our new president!

While in Philly, I took tons & tons of photos of just about everything so that I’d have no problem remembering this historical event years from now. I’ve shared several of my favorites with you below!

In a comment, tell me your thoughts. Did you watch the convention; if so what did you like/dislike? Are you a Hillary supporter, are you still on the fence, or have you decided to vote for Trump? I’d also like to hear what you think the biggest issue facing America is today and how you’d like to see our next president tackle it! 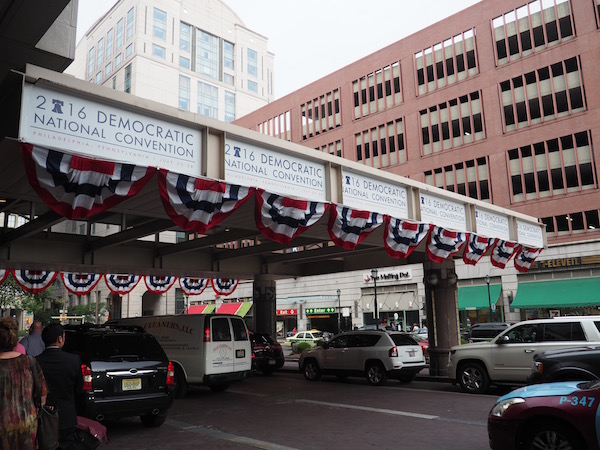 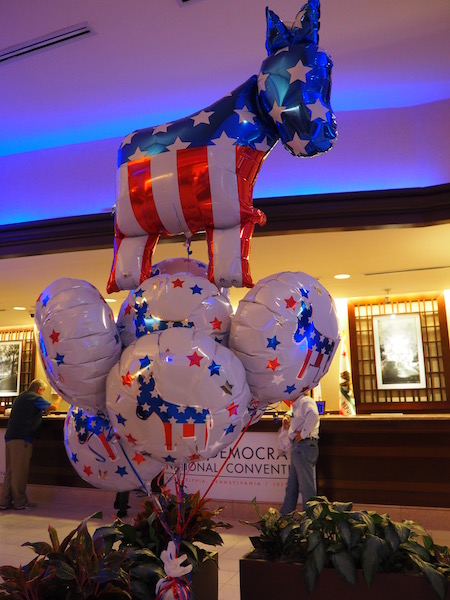 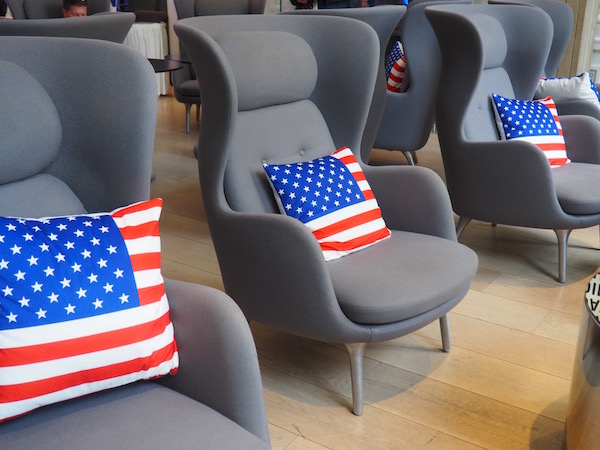 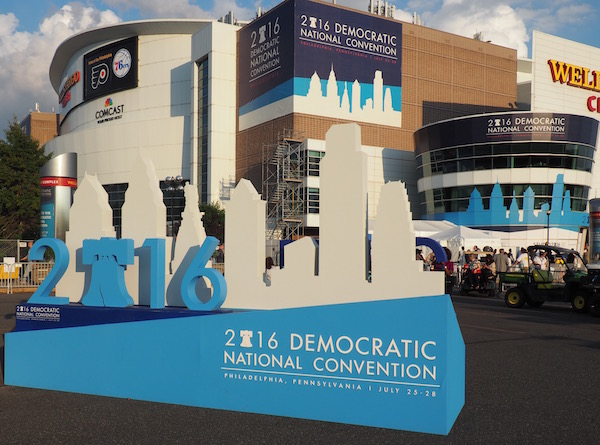 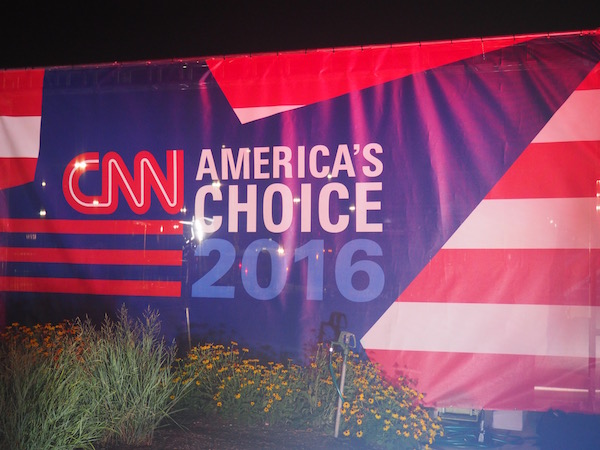 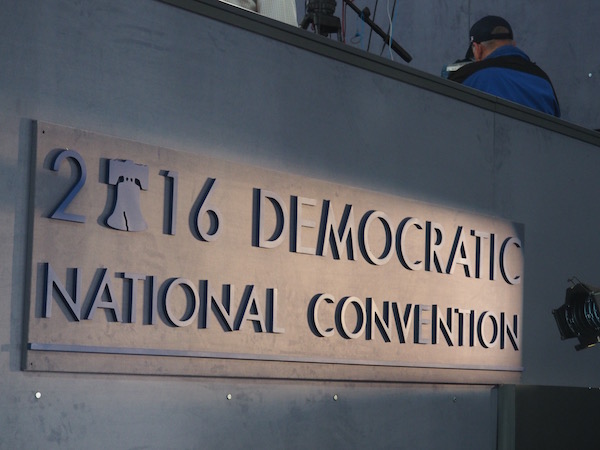 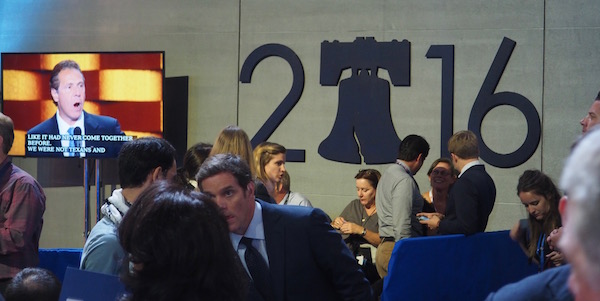 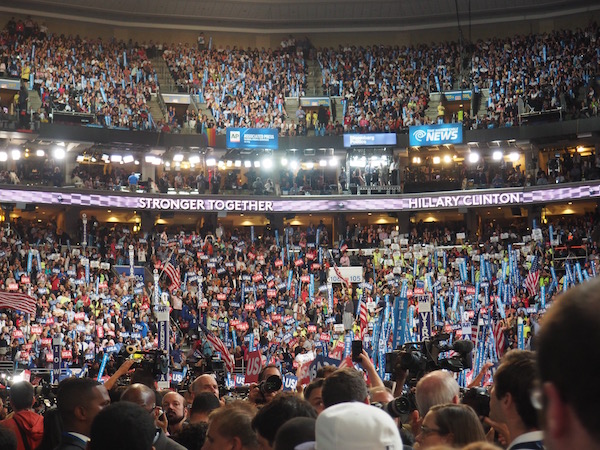 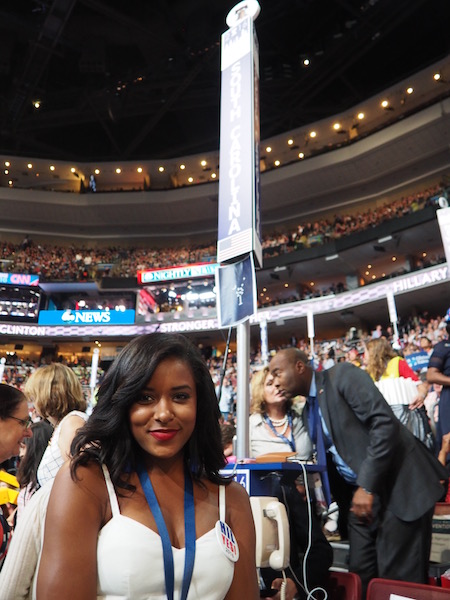 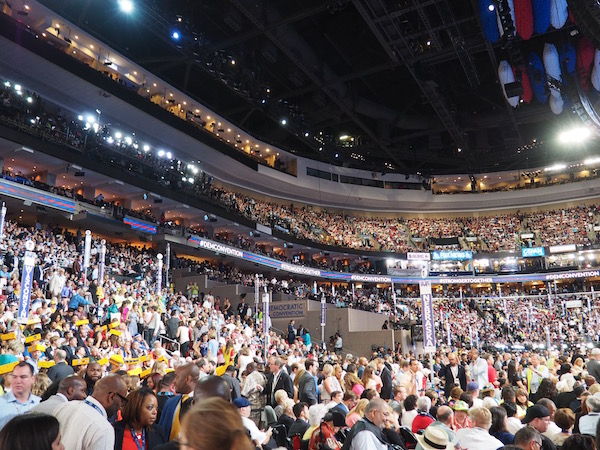 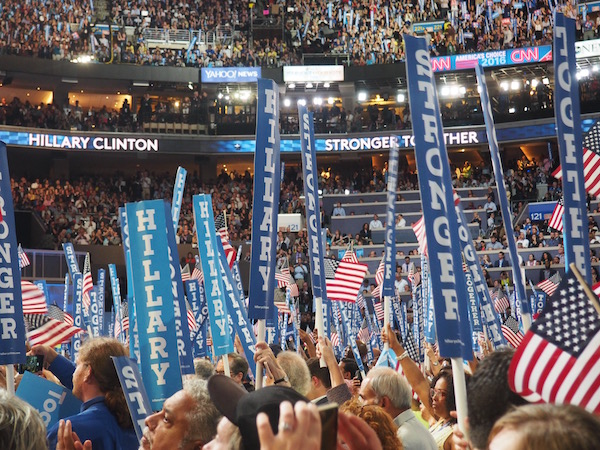 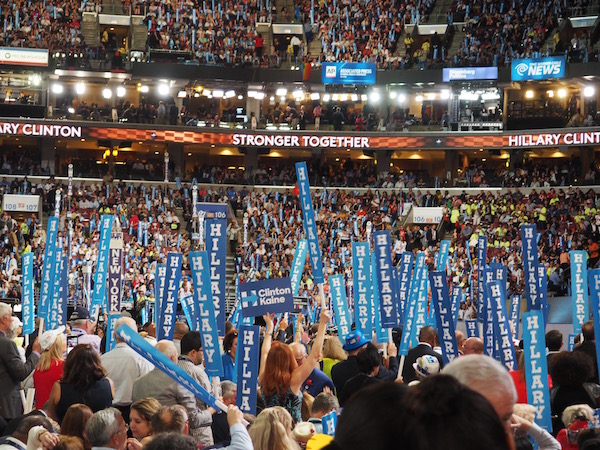 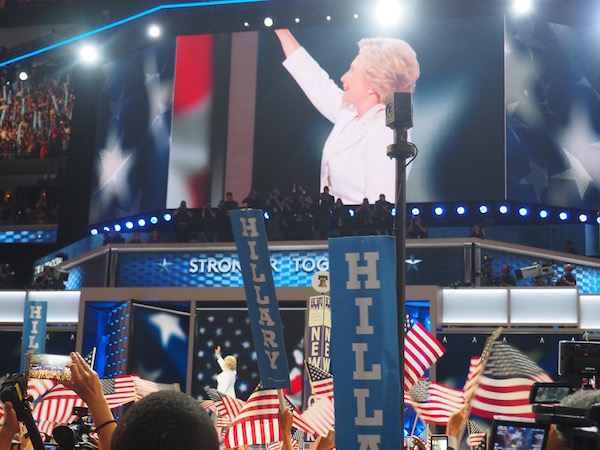 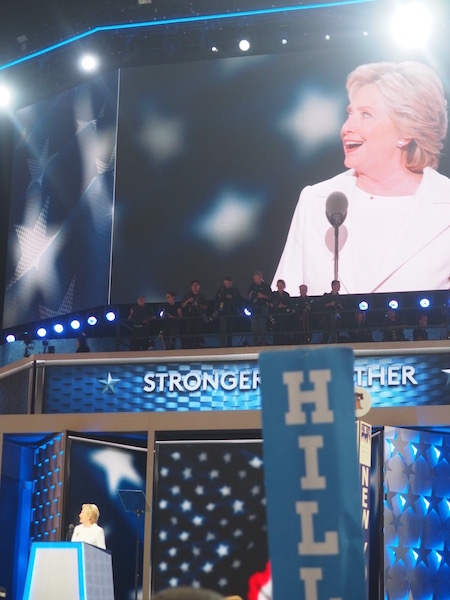 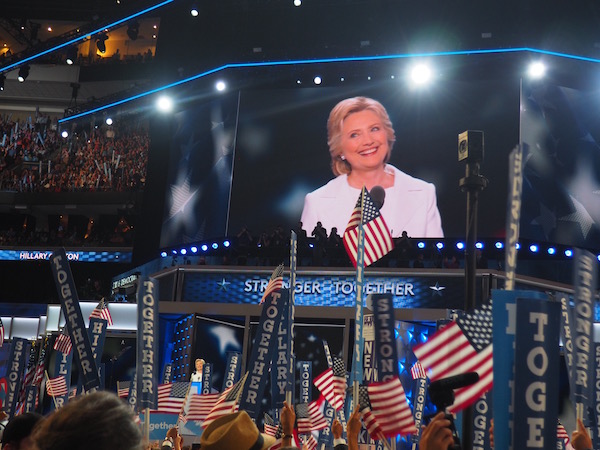 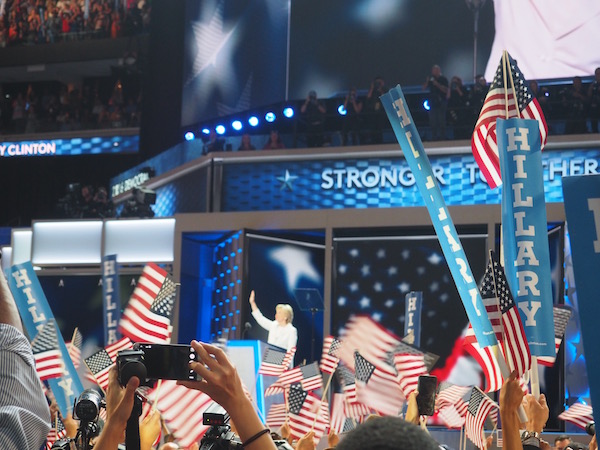 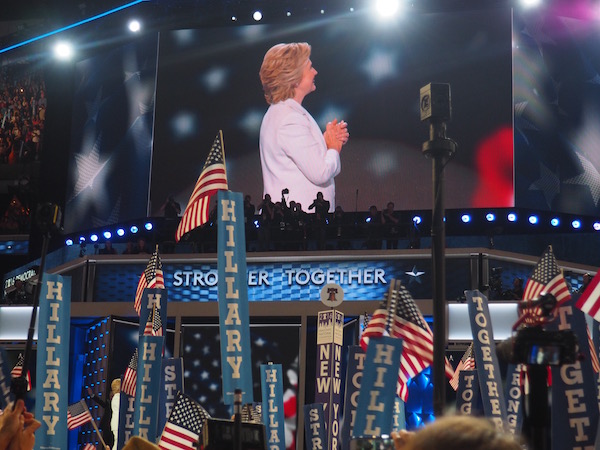 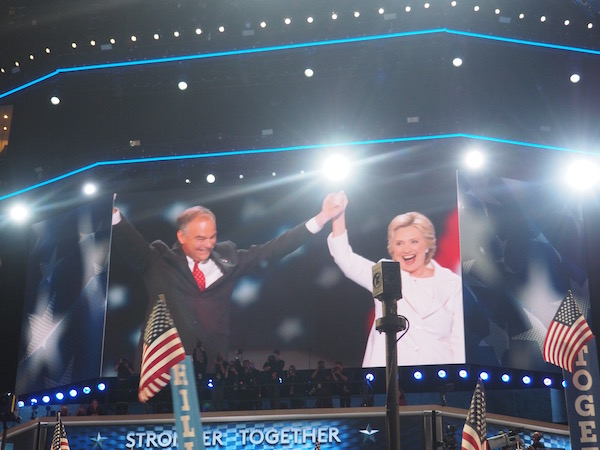 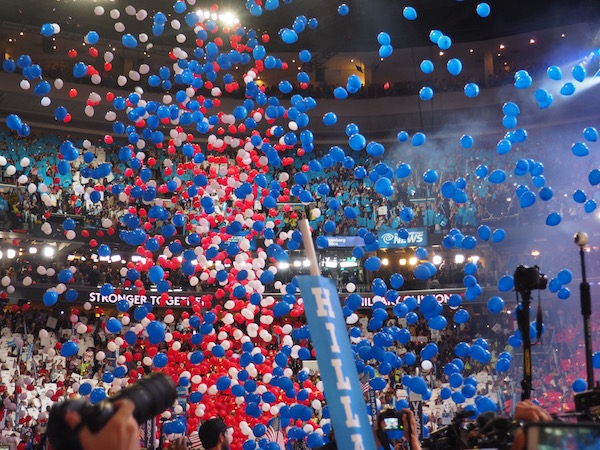 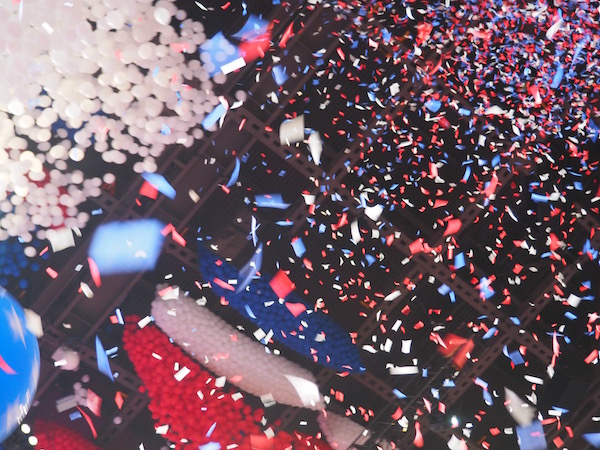 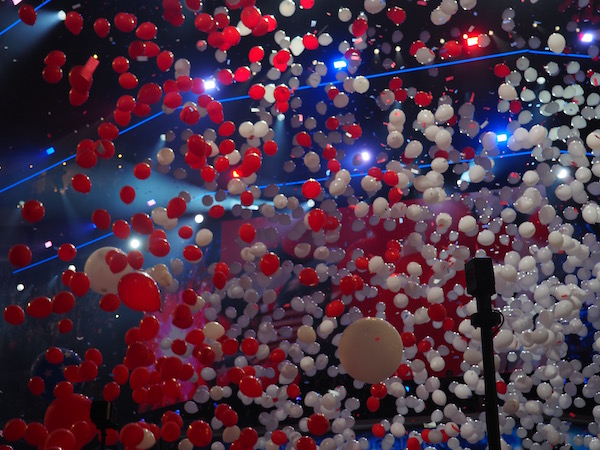 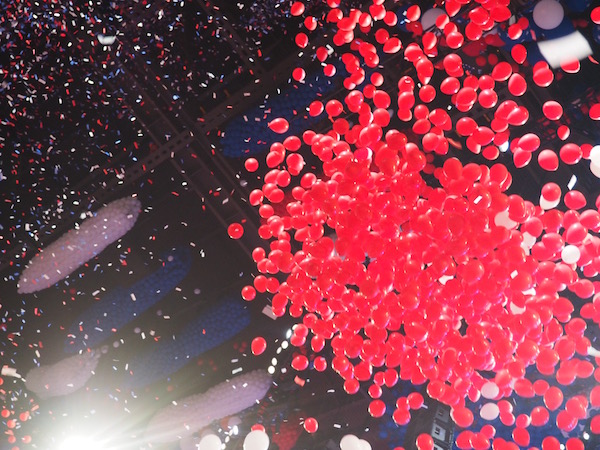 The most spectacular view of Napa Valley