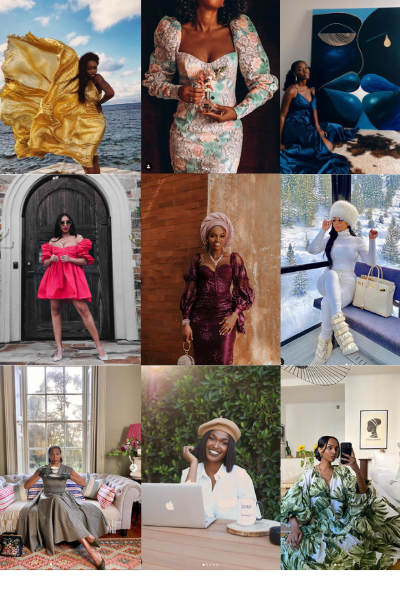 The month of February is a time for us to reflect on Black History and all that those of the African diaspora have done to leave a mark on their community and the world. Often times we focus on that past and how it’s shaped the present, but I’d like to spend a little time highlighting the present and how it’s shaping the future.

It’s no secret that social media has disrupted our world: how we communicate, how we buy + sell merchandise, even how we share theories and beliefs. It’s become such an integral part of life that no one could have predicted and it influences our culture in more ways than one. In the process, social media has been successful at propelling White women into the role of influencers and to the forefront of major business deals + huge followings. It wasn’t until this past summer when the Black Lives Matter social justice movement gained national steam that companies and media companies began to seek out Black women to take on the same role– which is unfortunate as many of us had being creating content of the same caliber for years.

So this week, I wanted to highlight 19 Black Instagram influencers that are making their own mark on the industry and doing so stylishly. If you do not already follow + support these fabulous women, I recommend you click each profile and add their content to your daily scroll.

13 Simple Ways to Show Yourself LOVE

This error message is only visible to WordPress admins