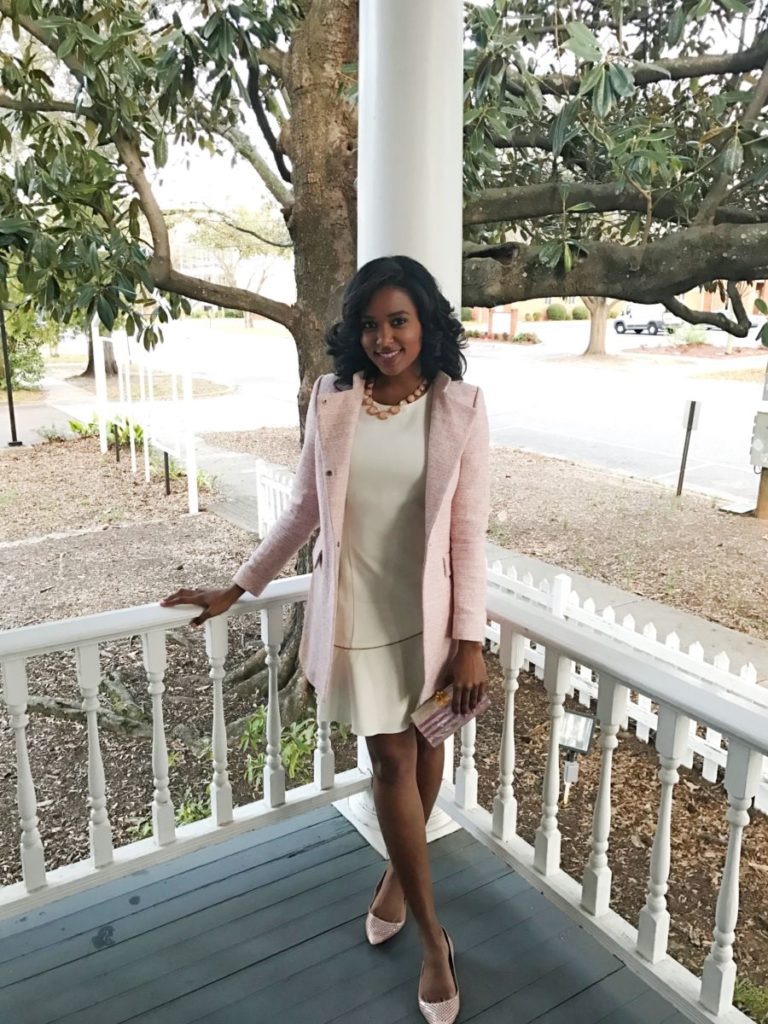 One thing that I’m really looking forward to this year is becoming even more active with Historic Columbia through their young professional group, Palladium Society.

Last summer, as the social justice + civil rights protests erupted, I made a promise to myself to use my platform + my voice to share the stories of my community that our history books intentionally exclude. Growing up in SC, public education never delved into the triumphs of African Americans of our state during such dark periods in our nation’s history. Sure, they’d mention the Underground Railroad during lessons of slavery + MLK’s march during lessons on the Civil Rights Movement. But not once did they talk about Mitchellville, the free town built during the Civil War outside of Hilton Head for former enslaved people. Nor did they mention, the incredible accomplishments + life of Benjamin E. Hayes who was raised in Greenwood, SC. And never, not once, did my history class ever teach us about Modjeska Monteith Simkins, the powerhouse who is credited as “the Matriarch of Civil Rights activists of South Carolina”. Nope– instead we got weeks of lessons on our Founding Fathers + Confederate Generals, as if they were the only people who contributed to this country.

When the masses called for the removal of historic Confederate monuments around the country last summer, what irritated me the most was the realization that there were hardly any monuments erected in our honor for what Black people have overcome. So my hope is to help people, of all backgrounds, discover such information so that slavery + oppression aren’t the only visuals we’re given of African Americans.

As a 6th-generation Charlestonion, stories of that city’s history have been passed down to me my entire life, but once I became engaged to a man who’s family had been an integral part of Columbia for generations, I realized I how little I really knew about my adopted home.

Under the leadership of Executive Director Robin Waites, Historic Columbia has been uncovering + exhibiting the rich history of African Americans in the Midlands. The Black community here has always been an integral part of the city, so for years the organization has been doing their part to highlight those stories + legacies through programs and preservation. I’ve been a member of Palladium for a couple of years now, but when I was given the opportunity to serve on the board, I couldn’t turn it down. My hope is that through this new role, I’ll not only highlight the great work the organization is doing, I’ll also get to: encourage people from all over to visit these sites to gain a better understanding, push for school’s to take these tours (once safe again) so that the next generation can be equipped with this rich history to enter the world with less discrimination, and maybe even discover more untold stories to highlight!

If you have not yet already, I urge you to discover all the resources Historic Columbia has to offer. Keep reading below to find out how!

Why African American History is SOO Important in Cola:

**** denotes what I’ll be attending

Thinking about getting more involved in Columbia’s community? Historic Columbia would be a great organization to start. Get more information on Palladium Society, or sign up, here!

This error message is only visible to WordPress admins