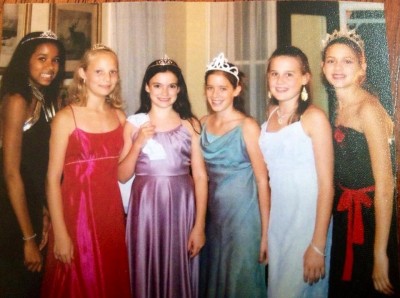 It’s Throwback Thursday AND Miss USA is this Sunday so of course today’s post is dedicated to my experience on the national stage!

This time last year I was in Las Vegas representing my home of South Carolina at the Miss USA pageant. Being Miss USA was something that I had dreamed of since I was a little girl. I remember sitting in front of the TV, in an evening gown and paper sash, with my mom watching countless women be crowned Miss USA and Miss America. In seventh grade my friends and I even dressed up as Miss USA contestants for Halloween! I wanted so badly to be those women. So beautiful, so confident, so poised…just perfect. But even with a strong desire to be a beauty queen, I never thought I’d ever be that girl on that stage competing in the pageant I had watched for so many years.

My very first pageant experience came in 2007. I was a sophomore in high school and competed at the Miss Mt. Pleasant Teen USA/ Miss Summerville Teen USA pageant with hopes of winning and heading to the Miss South Carolina Teen USA pageant. I left that pageant with a 2nd runner up title under my belt and fire in my belly. Later that year I competed again at the Miss Columbia Teen USA pageant. I wasn’t as lucky in that competition. I left having not placed and became very discouraged. It’s very hard to lose at something that judges you. You’re left feeling not good enough, but unlike a sport or a musical instrument that you can become better at through practice, there isn’t much you can do to make yourself “better” except evolve and grow…and those things take time. So, fresh on the pageant scene, I decide to take a little hiatus.

Two years later, after a few new life experiences and an overwhelming amount of dedication, I was crowned Miss Charleston Teen USA 2009 a few months before my high school graduation. I spent the summer leading up to college and the entire first semester of my freshman year preparing to compete at the Miss South Carolina Teen USA pageant that November. At a time in your life when you’re suppose to be free, be willing to experience new things, and be unafraid of taking risks, I was in competition mode. I made lots of sacrifices during that summer and that semester. I couldn’t be a normal high school graduate or college freshman. My goal of being Miss SC Teen USA prevented me from just being normal and at such an awkward time in life, that was difficult. But those sacrifices and that dedication paid off. That November I was crowned Miss South Carolina Teen USA 2010. It was a dream come true.

I then spent the second semester of my freshman year preparing for the 2010 Miss Teen USA pageant. College is hard enough for the average freshman, it’s a huge adjustment, but throwing in the pressure of being a state title holder while preparing for a national competition was almost unbearable. It was a difficult year that taught me a lot about not only myself but the people around me. At any rate, I pushed through because all I wanted was to be crowned Miss Teen USA. That summer I headed to the Bahamas to compete in my first national pageant with 50 other young women. When I arrived I was so exited, this was a dream come true, but I quickly realized I was in a bit over my head. I left the Miss Teen USA pageant without a placement and fully discouraged. I told myself that night, as a lay heartbroken, that I would never compete in another pageant again. That night a dream ended…

But not for long. The next year I dabbled in the Miss America system, placing in the Top 15 at Miss South Carolina, and realized that my heart was in the Miss Universe Organization. So, I hopped back on the pageant horse and set out on a new adventure for the same goal I had since I was a child…to be Miss USA.

Spring of 2012 I took the only path I knew. I competed at a preliminary to Miss South Carolina USA for the title of Miss Charleston USA. That was my plan: win Miss Charleston USA, win Miss South Carolina USA, win Miss USA. Easy enough, right? Aside from losing miserably at Miss Teen USA, that’s exactly what I had done the previous time and was pretty successful. Unfortunately for me, life had a completely different plan because I ended up placing 3rd runner up to Miss Charleston USA. Another loss, another setback, more discouragement. I convinced myself that it just wasn’t going to happen for me. After all, if I couldn’t win a prelim how could I ever win state (let alone nationals)? So once again, I gave up on my dream.

My mom, however, hadn’t given up so easily. She knew how badly I wanted it and she believed in me. So after numerous heart to hearts with her and encouragement from pageant friends that I had met along the way, I decided to still enter that year’s state competition as an at large contestant representing my hometown, James Island.

I had never worked so hard for a pageant in my life, but for some reason it came so much more naturally than ever before. In no time, competition weekend had arrived. I knew I had done all that I could in preparation and there was nothing left to do but enjoy the experience and have fun. That weekend I walked away with the title of Miss South Carolina USA 2013, a revived dream of becoming Miss USA, and the aspiration to be an inspiration to every little girl that followed my reign (after all I had been that little girl).

Before I knew it, it was time for the Miss USA pageant! Several years had passed but I was finally participating in the one event that I had longed to be apart of for most of my life, that alone was an indescribable feeling. To reach a goal that you set for yourself is so rewarding. It’s something that no one can take away from you.

I remember standing on the stage at the live telecast after opening number and during the first commercial break petrified. When they returned the first cut of the night would happen, Top 15. I couldn’t help but reminisce of my last time on a national stage and not placing. I could hardly stand, I was so nervous. I remember repeating to myself “you’re not going to place, you’re not going to place” as Giuliana began calling girls into the semi finals. I wanted to be mentally prepared so that if I wasn’t called I wouldn’t cry on stage. Four girls in, I heard the two words I had been dying to hear…SOUTH CAROLINA! Me! I had made semi finals at the Miss USA pageant. So, not only was I living my dream by just being on the stage, I had made it through the first cut.

After the Top 15 swimsuit competition, it was time to cut down to 10. I was so excited that I had made Top 15 that I honestly think I would have still been just as happy even if I didn’t move on. But when I heard SOUTH CAROLINA called again, it was unreal. I was in the Top 10! It was such a reward for all that I had to endure on my pageant journey that I honestly couldn’t have been more proud. Then, something happened. Something that I had hoped for, prepared for, and even wished for, but something I didn’t expect would actually happen…I was called into one of the coveted Top 5 spots!!! I couldn’t believe it. This was what I had worked so hard for, what I was sacrificed so much for, what I had brushed myself off and gotten back up for. In that moment, every setback, every discouragement, every failure was worth it because it all got me in the Top 5 at Miss USA.

Unfortunately, my story didn’t have a fairy tale ending. I didn’t walk away with the title of Miss USA, I placed 5th runner up. But no one could tell me that I didn’t win that night. I won because I didn’t give up and not giving up not only allowed me to live out my dream, but surpass my wildest expectations. My placement is a personal accomplishment that I will be forever be proud of. My pageant career gave me a lot of things: perseverance, an undeniable sense of self, and most importantly the desire to continue to dream! So how could anyone ever say the institution of pageantry is out dated? 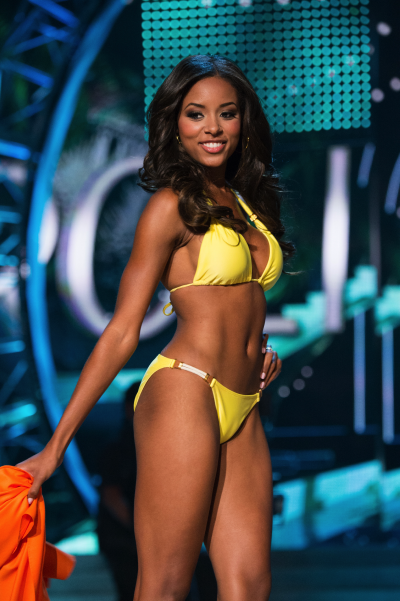 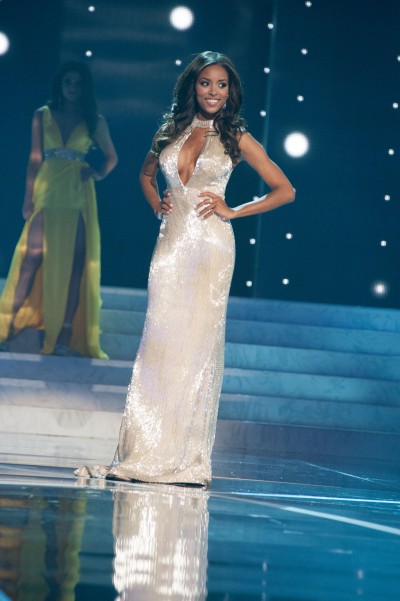 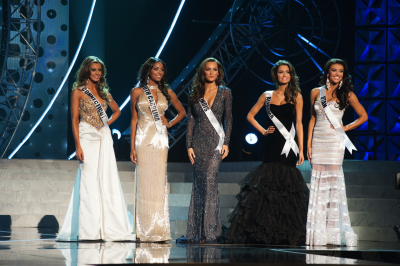 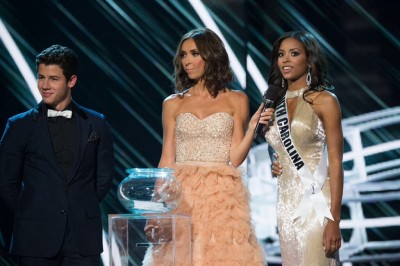 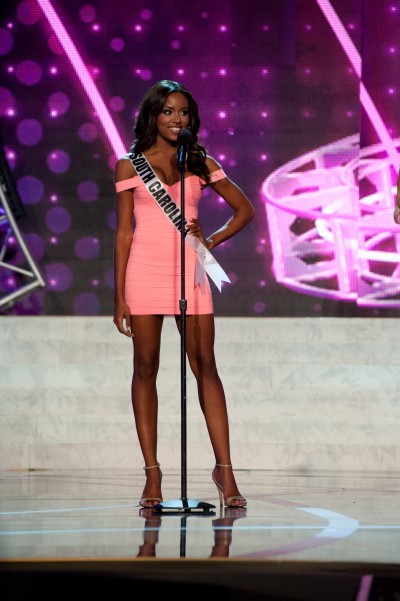 Talk Derby to me!