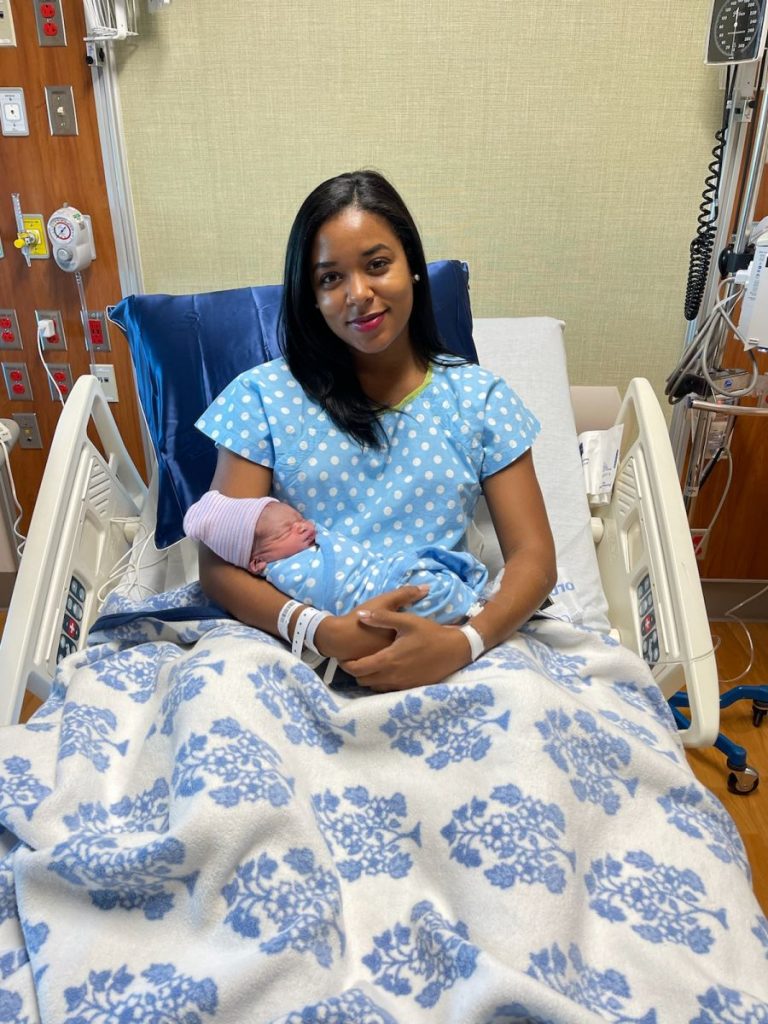 I woke up that Wednesday not feeling quite like myself. I skipped out on Bible Study (which I usually try really hard not to do) and spent time resting alone until I had to run an errand + go to my hair appointment. Around mid-day, I began feeling cramps but I just powered through. My final stop was the grocery store, but walking around that old mill felt like torture, so I cut the trip short and headed home. By then the cramps had increased in intensity so I decided to call my doctor. She advised me to come in just to get checked. So I lay in bed resting for a while before sending my husband to dinner so I could freshen up and pack… just in case!

By late afternoon, the weather had become dreary but still. Three hours after I’d called the doctor, we headed to the hospital prepared for whatever might come next! Once I was checked in, I was placed in labor + delivery’s triage. While changing into the hospital gown in the restroom, my water broke and I was immediately admitted into labor and delivery. But then the contractions had progressed to coming only two-three minutes apart, but I was still only dilated four centimeters.

Two hours of fierce contractions later, I received an epidural and immediately felt more relaxed and comfortable. I took a short nap because I knew he’d be here soon! By 4am I was awake again and pushing and just over one hour later, I was staring at the sweet boy in my arms.

If I’m being completely honest, I was extremely nervous about giving birth– like the physical act of birthing another human being. Sure, I had the science behind it explained to me, but I still just couldn’t wrap my mind around my role in the exercise. I couldn’t have my mind eased at a birthing class because of Covid restrictions, so I only had the guidance of my doula. And yes, I did choose to have an epidural, so I didn’t feel much more than pressure once that was administered. I still can say, though, that soo much of what happens during the labor process is nature. Your body’s instinct take over– it’s more in control than your mind is at that point! If you can relax and guide your mind through to the other side, it really is an empowering experience. And by the end, you’re so connected to another soul in a way you could never could have imagined.

5 South Carolina Pumpkin Patches You Should Make a Tradition